I have very special friend that shares a birthday with me and I created this card for her birthday. When I saw the new release of “Cupcakes”, I knew I had to make her a card using it. She says “cupcakes are better than cake because it’s like having a birthday cake all to yourself.”

I used a mix of techniques and two different sets of stickers, I hope you enjoy making it! 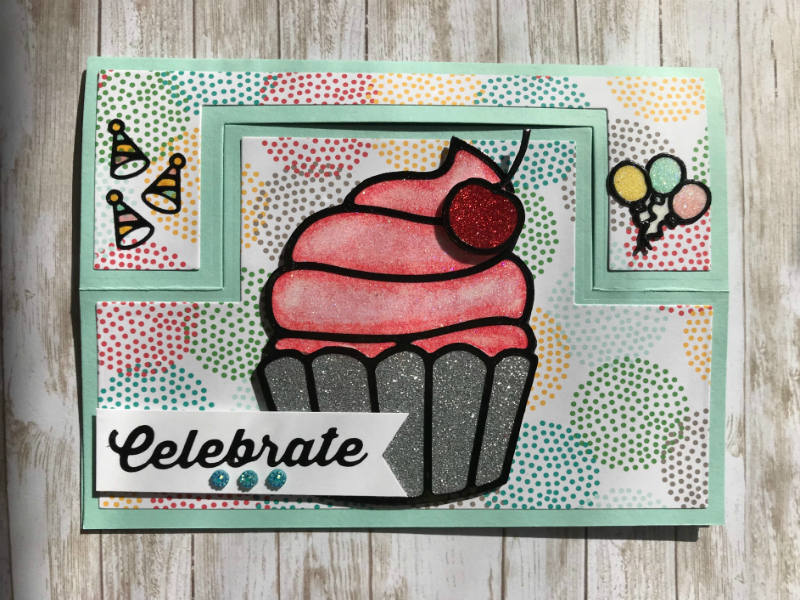 This card is a beautiful, fun, and EASY way to let someone know you care. I hope you enjoy my card and enjoy making it as much as I did. The supplies I used are listed below. Wishing you lots of joy, and take a minute to be creative!